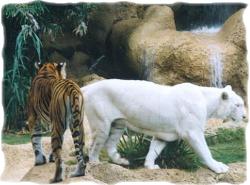 Loro Parque is very well organized, and offers several shows during the day in large arenas.

The dolphin and sea lion show were both amazing. Seeing these animals jump several meters into the air and "running" and playing with a ball across the pool, was unbelievable.

Anyone travelling with children to Tenerife must use at least a day or two in Loro Parque.

When we went back there in early July 2003 and in May 2004, we spent another fun (and warm) day in this magnificent park with all the exotic parrots. 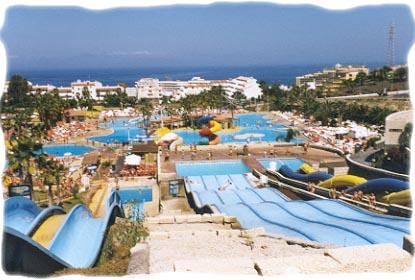 Just outside the center of Las Americas, you will find the nice Aqualand. You can take the bus, a taxi or maybe walk. It's not that far..

Great fun for the kids (but also for the adults), a fine place to stay for a whole day enjoying the sun, the water and (maybe) a cold beer. Or two.

But the prices are high... Having been there a couple of times, I still think it's worth it. 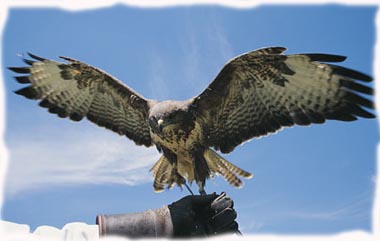 Some kilometers up the mountain from Las America, you will find the jungle park Las Àguilas.

The magnificent bird show with Eagles, Falcons, Vultures and several other species are really worth the trip.

They have several shows during the day when they let the big birds come diving down from the sky for something nice to eat..

The rest of the park however is not that interesting.. 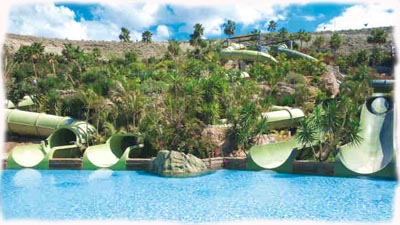 In the late summer of 2008 the newly built Siam Water Park in Las Americas opened.

Judging from the pictures on their webpage, it's a "must" the next time we're going back to Tenerife.