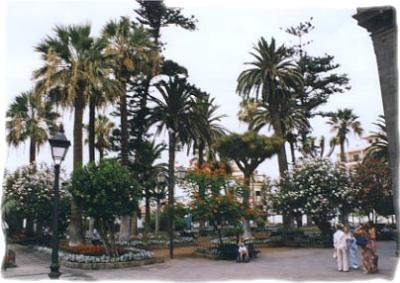 Tenerife (pop. 750000) is the largest of the Spanish Canary islands, located outside the coast of Africa.

The northern coast is dominated by steep mountains, the south by beaches like the well known Playa Las Americas and Los Christianos.

The capitol Santa Cruz is located on the north-east coast. About 200000 people live there.

On the north-west coast, the former capitol of Puerto de la Cruz with it's more traditional buildings, attracts tourists from all over the world. 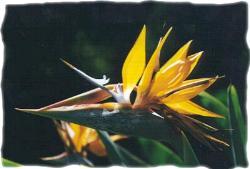 The northern side of the island is more green because of the occasional rain showers, and the many parks and green areas where exotic plants and trees grow naturally, are really worth a closer look.

This very special island, made from several volcanic outbursts, has many faces to explore.

You need several days and a car to travel around the many nice villages, sights and high mountains. 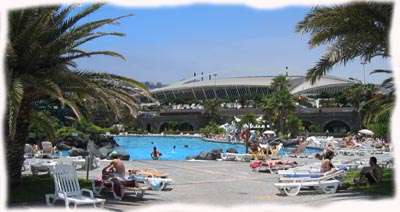 On the beachside of St. Cruz, just next to the opera along the Avd. Maritimo, there's a very nice pool area where you can enjoy the sun and still have the comfort of sun beds, toilets, food and drinks.

Since we were travelling with small children, this was a great place to spend the warm afternoons.

After we were there in 2008, some local conflict have closed down this nice spot for locals and tourist, but I hope they will have opened it before I go to Tenerife again. 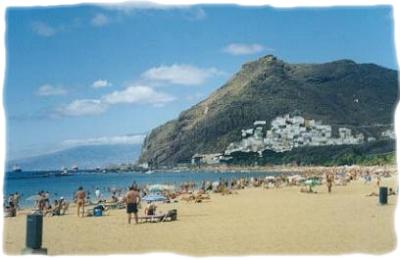 The most popular beach on Tenerife is maybe Las Teresitas on the north-west coast just outside the capitol.

The beach is very long, have nice sand and the water is not deep; making it ideal for small children as well. The local bus stops along the road, and it's not more than 5 minutes from St. Cruz by car.

But with a good hotel, we often chose to "stay in", enjoying the nice pool area or a Jacuzzi to relax the body.