The summer of 2013 marks the revisit to Greece after 13 years spending our summer vacations elsewhere.

When our daughter Henriette was only 10 months old, we had a really nice stay for two weeks on the island of Kalymnos. After several trips to Spain and Denmark the following years, Greece came once again back in our plans this summer.

Hearing a lot of positive things about Rhodes, the island we nearly went to in 2011 popped up again when we started our plans last winter. And the facilities of the Sunwing Kallithea Beach Hotel almost immideately caught our attention. 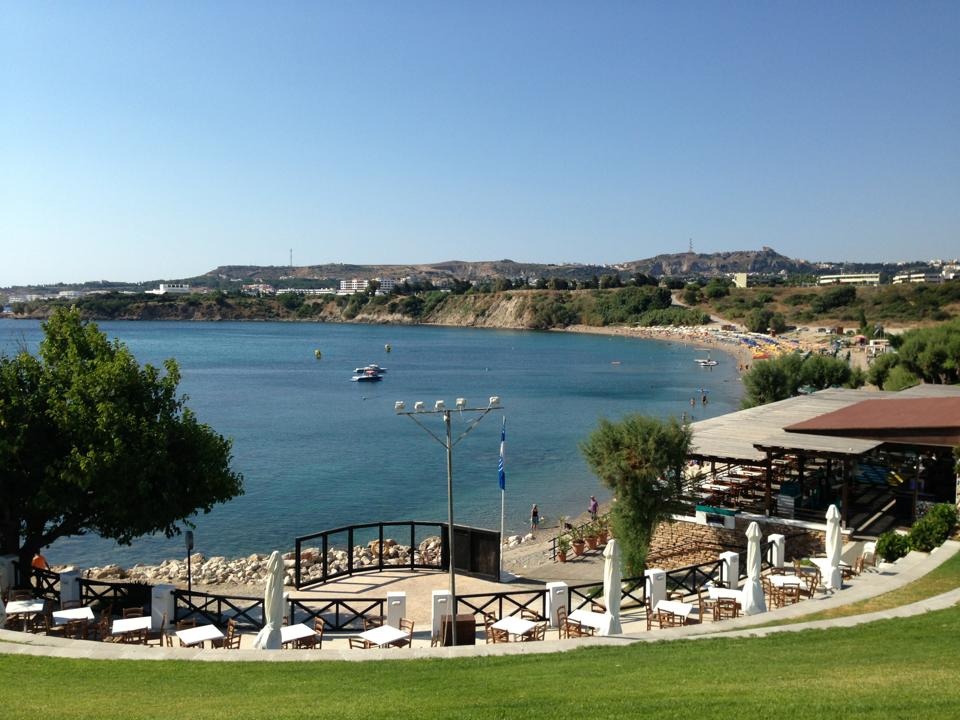 Now, after spending 12 days on this lovely greek island, I will definetely recommend others to visit Rhodes. We have barely seen some scattered clouds one day, temperature has passed 30 degrees (Celsius) before breakfast and everyday it has been between 36-40 in the afternoon.

The island itself, located east in the Aegean Sea and close to Turkey, is the largest of the Dodekanese islands and has a population of somewhat 115 000 people (2011). Historically the city of Rhodes is known for siting one of the worlds seven wonders; The Colossus of Rhodes. Unfortuneately it was destroyed by an earthquake in 260 BC, and there´s no traces of it now.

Staying in one of the Sunwing hotels, we had two weeks of absolute relaxing and quality time, combining the pool area and nice appartment of the Sunwing Kallithea Beach Hotel with the service of the old town and it´s many restaurants.

You can´t check out all the restaurants in 14 days, but during our stay one restaurant stood out as one above the "13-on-the-dozen-tourist-feeders" around the incredibly nice surroundings. In a small shopping street, Agisandrou street No. 18, you will find the Restaurant Lipsi, serving you traditional greek food. The only difference is that the food is really great and the service even better. Too many of the others sadly lack both.

The area also offers a lot of tours, both by sea and road, making your vacation just as you want it. The Water Park of Faliraki was probably the most memorable day for our kids (and I must admit that the water slides was great fun also for the grown ups).

Making plans for next summer will for sure start with finding reasons to go elsewhere.