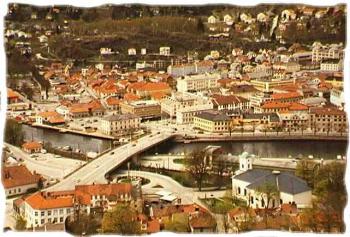 In 1974 my parents moved to the nice town of Halden, 120 km south of Oslo. "Down-town" Halden is divided by the river "Tista" as you can see from the picture.

It's taken from the fortress rising above the city to defend it's inhabitants form the Swedish attacks in the 1600s and 1700s.

Halden is close to the Swedish border, and are surrounded by large areas of wood, lakes and a nice coast where a lot of locals use their boats on every minute of their spare time. 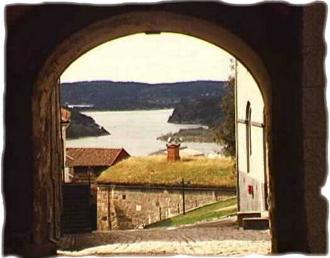 Fredriksten fortress is the No. 1 tourist attraction in Halden.

You can't avoid seeing it above the city, and a visit up at the clock tower gives you a great view over Halden and the fjord between Norway and Sweden, Idefjorden.

In addition to the fortress, a visit to the Rød Manor is worth the time and money. The old manor holds the largest private arms collection in Europe.

Go there and have a look for yourself! 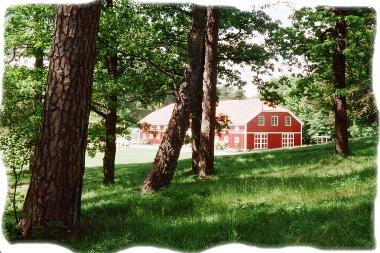 On the site of the old fortress stables, the nice old style Fredriksten Tavern is built to serve the thousands of tourist coming to Halden every year.

After walking around the fortress for a couple of hours, you can enjoy a light meal in the Tavern before you leave, or just sit outside in the sun enjoying life.

Many of them are Swedish, seeking the destiny of the their king Carl XII that were killed trying to conquer Fredriksten fortress in the 17-hundreds. 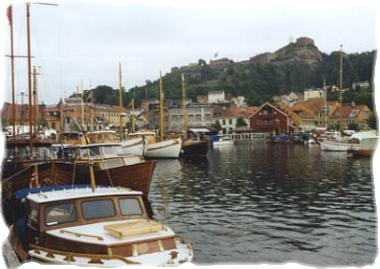 Every year in early July, the local business people hold a food- and wooden boat festival.

It's a very popular week-end where food, dance, boats and of course some beers are enjoyed here in the harbor area underneath the fortress.

In recent yeard, local pubs and restaurants have built a nice area close to the harbor where it's very nice to go in the summer time.