I met my wife Elin in Fredrikstad autumn of 1997, and shortly after moved there from Halden after 24 years there. We had a nice vacation in Greece in June of '98 before getting married in May 1999.
We're now parents of lovely Henriette and her brother Erik, and live on the east side of Fredrikstad with our dog Turbo. 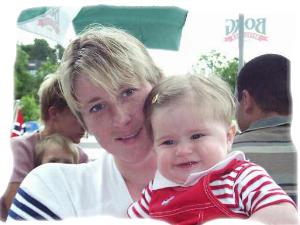 Life made a dramatic, but yet very enjoyable (and planned), turn in October of 1999, when our little daughter Henriette Sophie was born. Holding that little baby in my arms created some pretty special feelings inside..

She's not that little baby any longer, she's a big girl involved in sports and going to school.

This year she'll go to the 8th grade at our local Gudeberg School, time goes by! 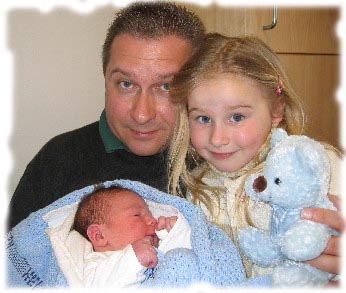 Late one night in March of 2005, little Erik Thobias decided to join our family..

And then we were four..

Henriette immediately took the role of the helpful and caring big-sister, really proud of her baby brother. As long as he wasn't screaming or had done "funny business" in his diapers..

These days the two are more like dog and cat, but still fond of each other most of the time.

Here we are, photographed by Elin the day before we all left the hospital.