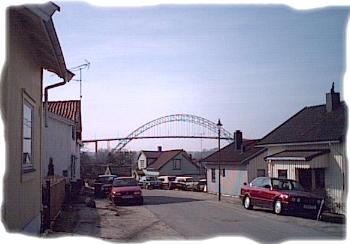 Nabbetorp is one of the two oldest suburbs of the Old Town of Fredrikstad, the other one being Vaterland.

It's buildings stretches along the river Glomma on the upper side of the city bridge, and over the small hill further north called Sindingberget.

This part of Nabbetorp is named after the Sinding family: Uldric Rosing Sinding, who graduated with honors in 1798 with an "Examen Chemico-Pharmaceuticum", operated for 50 years a pharmacy in Fredrikstad as well as serving as a postmaster for 30 years. 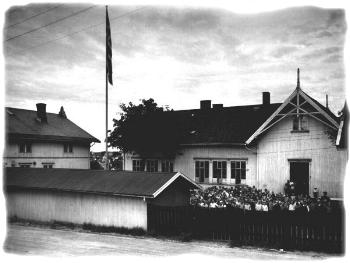 The local schools were in really a poor condition in those years, but Nils gave in 1877 access to the ground floor of his private house on Nabbetorp.

Five years later it was sold to the local authorities. Today, only the old toilets are visible to indicated the location of the school.

And newer schools have taken over, but the name Nabbetorp School is still in use and will also be the name of the school soon to be built. 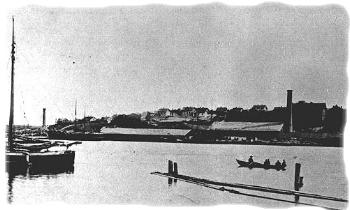 From 1736 the new brickwork that produced bricks for the King's fortress was found on Nabbetorp.

After the many fires in the late 1700s many people settled down here, and later this small part of Fredrikstad grew up with buildings hosting local workers and their families. 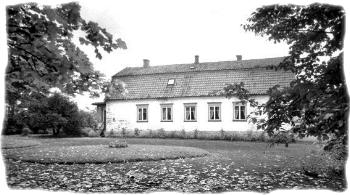 The old brickwork was taken over by Lieutenant Ebbesen in 1802. He lived on Nabbetorp main farm that was destroyed in a fire and rebuilt again in 1825 as it looks today.

The building served as a main office for the joint company of brickworks, Fredrikstad Forenede Teglverker, from 1909 until 1980 when the last brickwork was closed down.

Today the only sign of these old factories is couple of bricks to be found in the surrounding woods. 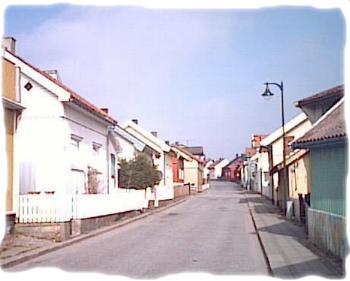 The main street through this area, Nabbetorpveien, starts in the Old Town, goes under the city bridge and north to the previously mentioned Sindingberget.

The street follows an old track from the first days of Fredrikstad, that went from the fortress and up-river to Nabbetorp farm.

This track, that earlier had no connection further north to Sellebakk, was build up as a modern street in the beginning of the 1900s. 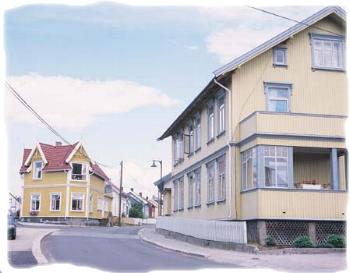 Several of the houses in Nabbetorp are renovated in recent years, and combined with old-fashioned street lights, Nabbetorpveien has it's very own style and soul, giving the impression that the time has been standing still for a long time.

Right until you meet a modern and very large bus.

Most of the local buildings are small houses built by workers at the many local brickworks in the last half of the 19th century.

In 1900 the area on both sides of Glomma contained as much as 34 brickworks. The last on to close down was Narnte, located by the river next to Sindingberget. 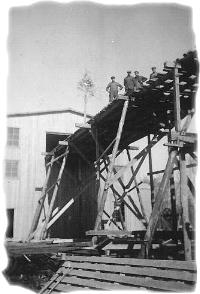 The river Glomma served as the main road for transporting bricks and timber, two historically important export articles that were the foundation for the local industry in Fredrikstad and Sarpsborg. 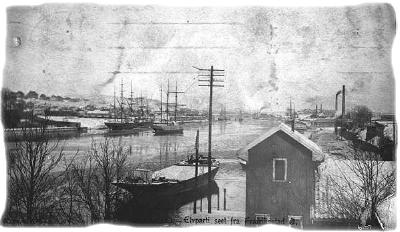 It was a major part in the induistrial development of the whole region, and especially the town of Fredrikstad.

In the local museum in the Old Town and at Isegran, this facts becomes obvious.